Roles and Responsibilities of an IAS Officer

Is Coaching Necessary for IAS Exam?

Roles and Responsibilities of an IAS Officer 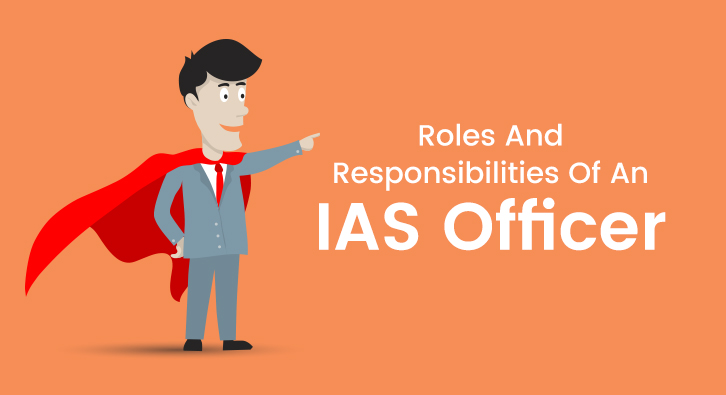 An officer of the Indian Administrative Service (IAS) is one of the most coveted positions offered by the Government of India. You need to clear the civil services exam conducted by the UPSC.

The elected bodies of the government take executive decisions that are then implemented by the Indian Administrative Services and its allies. The government provides the officers with a lot of discretionary powers and privileges to execute their wide range of responsibilities handled by them.

What are the duties of an IAS officer?

The IAS officer has to perform several duties or tasks based on their department. Most of the work calls for an administrative charge of an area, policy formulation, and implementation, heading PSUs, etc. They could be assigned to go abroad on missions or to a department of the Central government. They are also deputed to head private organizations for a short tenure.

Some of the assignments given to them based on their functional roles are:

Responsibilities of an IAS Officer

An IAS officer is responsible for the law and order, revenue, and general administration of the area that they are assigned to. The functions and responsibilities of the officer keeping on changing during their career. Some of the general functions of the IAS officer are:

Laws Related to the powers of an IAS Officer

The above-mentioned are the main laws of an IAS officer, but there are around three hundred laws that they can use when required.